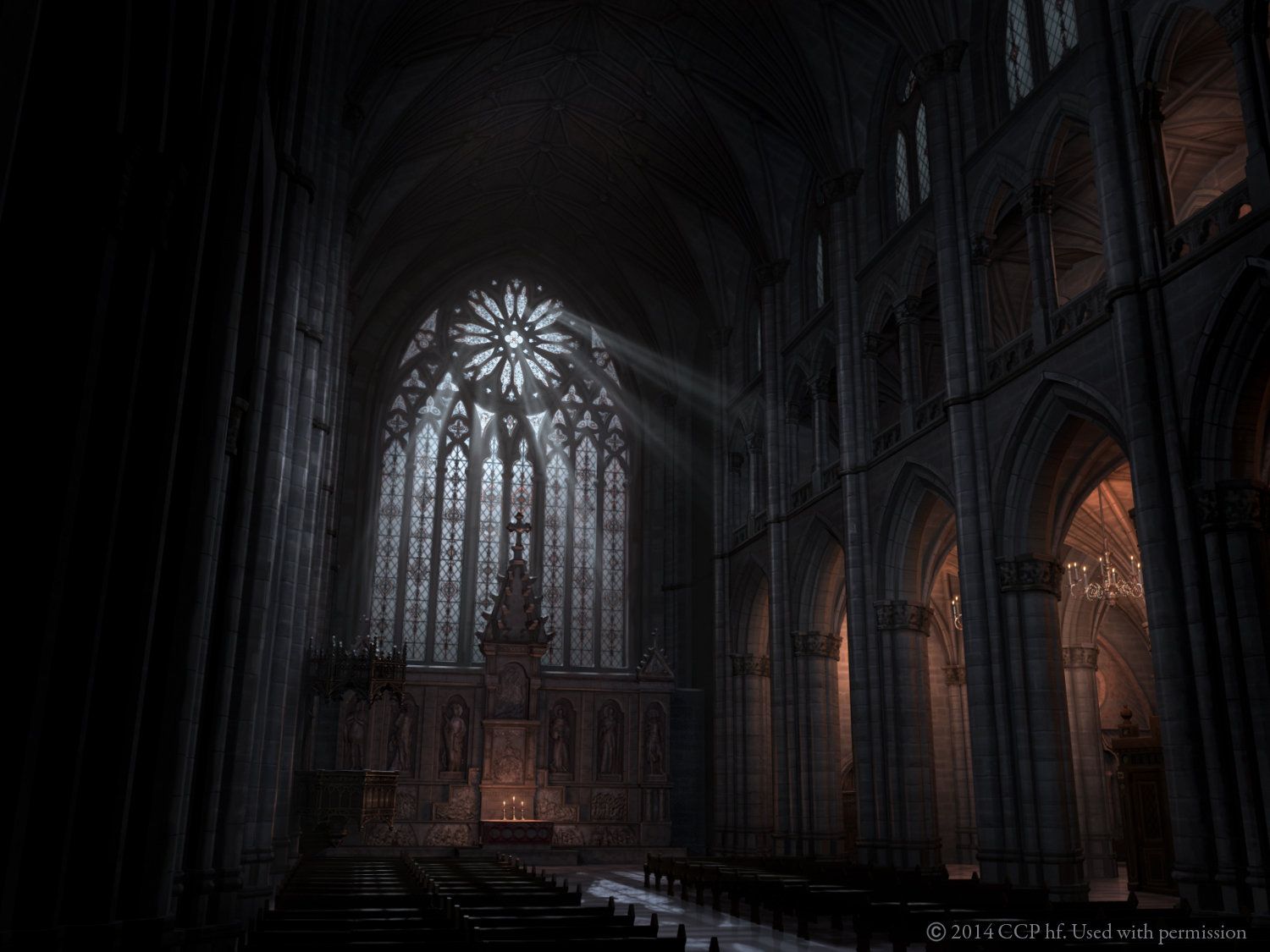 In the archives of the Monastery of St. Ezra there are many enigmatic texts espousing esoteric mysteries or, at least, the pretensions of such mysteries. You have sent me here on a specific task, however, and I was not idle.

In three different tomes I discovered three different tales. They were fragmentary, and perhaps exaggerated, but I believe they may well describe the early escapades of some of the individuals who have recently caught your attention. Because the monks would not permit me to take books or to copy them directly, I rely upon my memory in paraphrasing the tales I discovered. 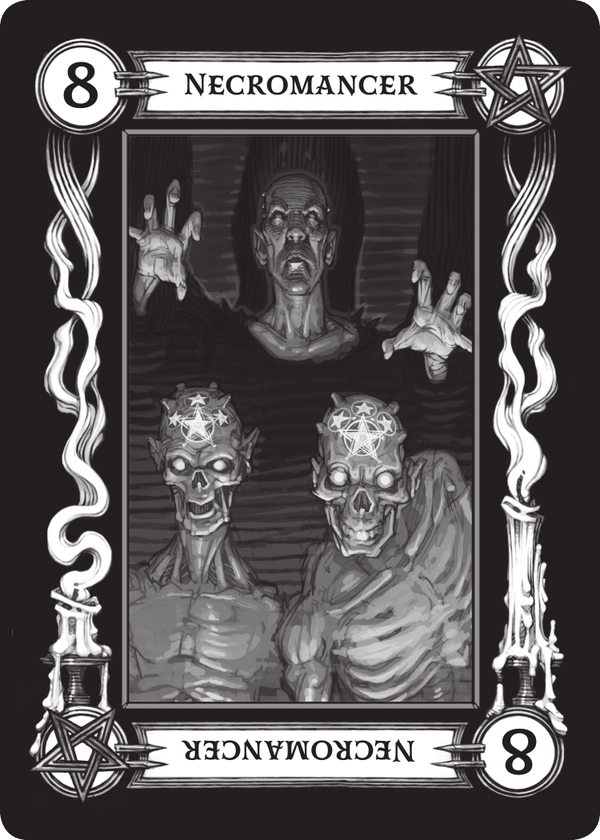 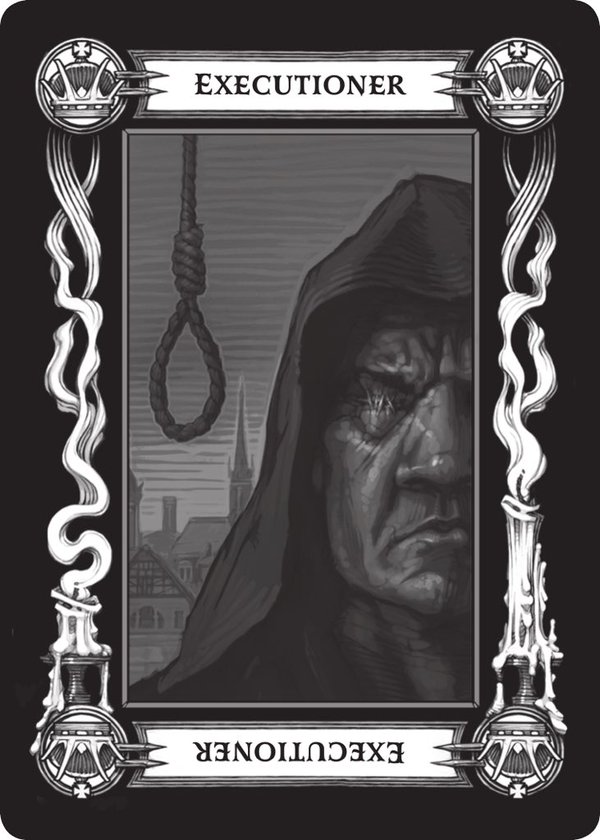 The first tale centers upon an otherwise nondescript orphanage of St. Ambrose in a minor trade town far to the east. The tale was told by one Daisy, a traveling mercenary who, some years ago, as a teenager, found herself the leader of a gang of orphan pickpockets and thieves.

The tale begins with the arrival of a strange new orphan, seeming to casual inspection to be around twelve years of age. Daisy and her fellow orphans did as such children tend to do, hazing and testing their new comrade, wondering to what use they might put him in their clandestine activities.

Although Daisy didn't make the connections at the time, with adult hindsight she wondered aloud whether this young man, Phineas, was entirely what he appeared. He clearly knew magic, and admitted to literacy. He was intelligent and cunning around adults in a way few children are. Nevertheless he seemed most interested in doing whatever he could to draw as little attention as possible to himself.

These efforts were thwarted by a gang of ruffians and would be brigands calling themselves the "Guttersnipes." Out of a desire to swell their ranks, these older criminals sought to absorb the younger gang into their number by force if necessary. In the altercation young Phineas was most vehement in refusing to be conscripted. Here the tale might have ended in an all-too-familiar story of beaten children if not for the intervention of a surprising new variable. Jahandra, agent and assassin of the Divine Empress interceded. Who knows how long they were watching the situation, but their interest in Phineas was clear.

Once the ruffians were put to flight, Jahandra, in no uncertain terms, conscripted Phineas from the orphanage and that's the last that Daisy saw of them. 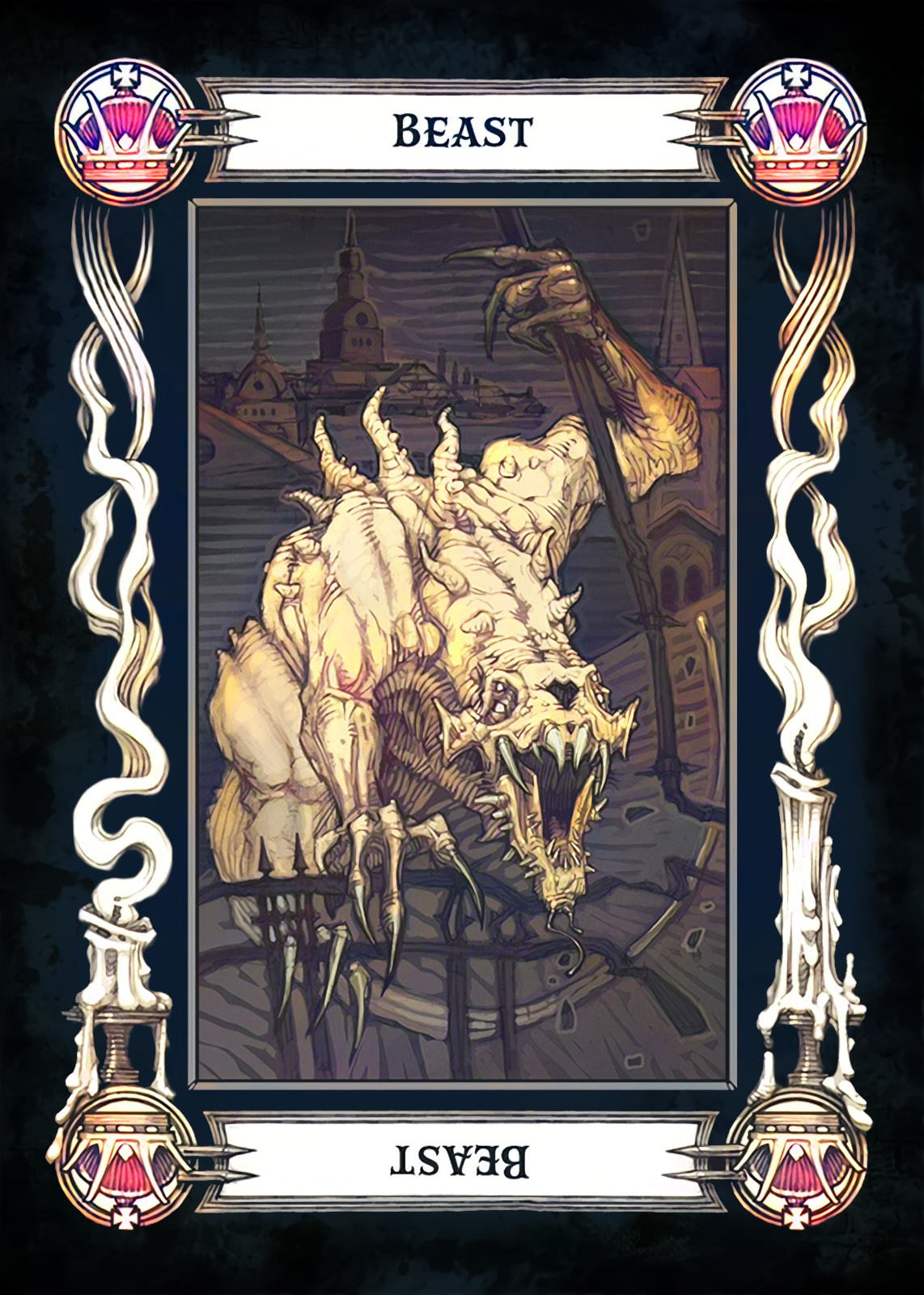 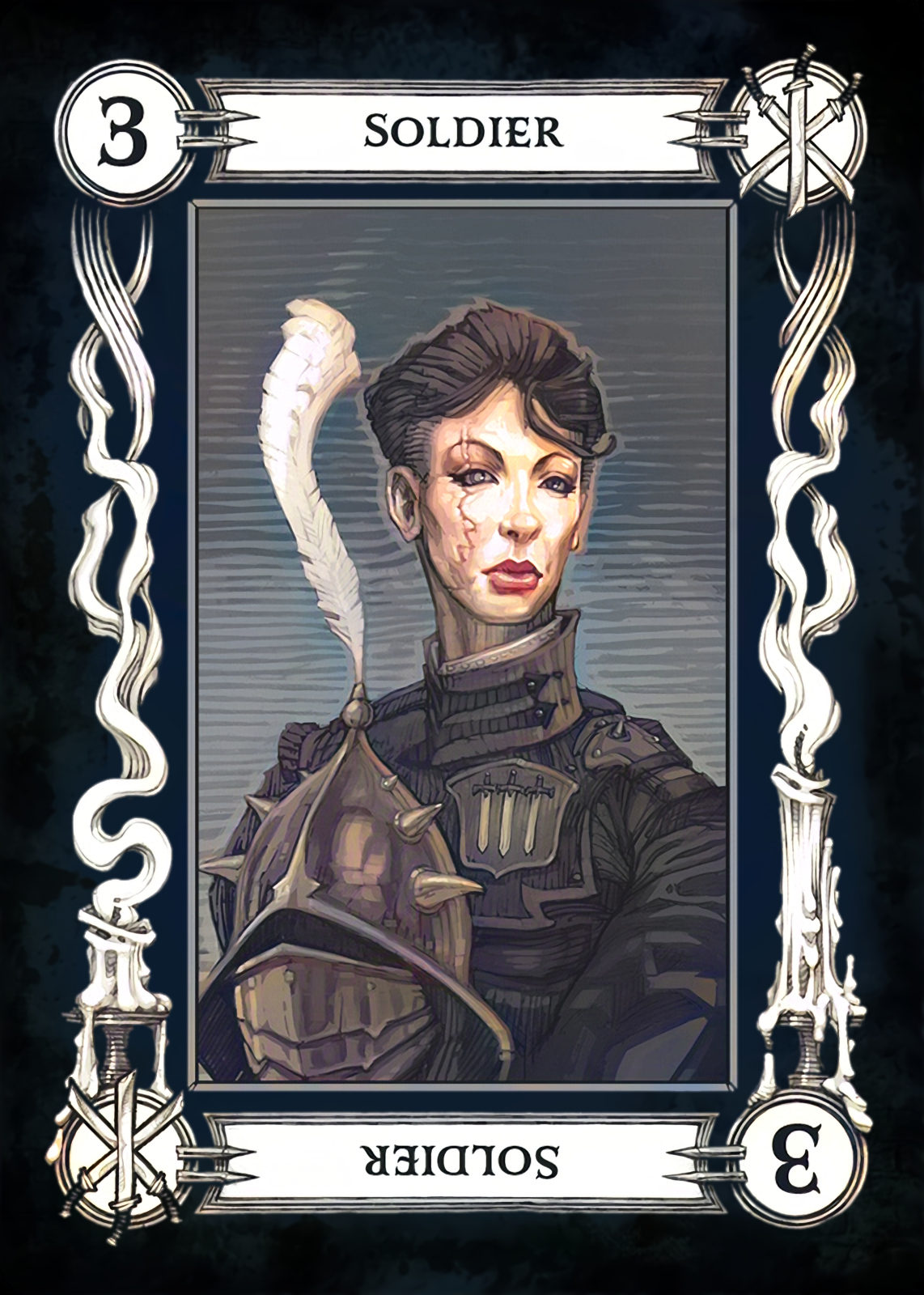 The second tale was collected from a farmer deep in his cups by the name of Reggie. He told a monk a startling story.

He and his wife Beatrice live on an otherwise unremarkable farm in the middle of nowhere. His talents with a farm implement and her smattering of arcane learning do well enough to keep the wolves at bay.

One morning a young woman staggered into their fields. She was dressed in fine clothes the likes of which were not to be found within leagues of the farm and she was drenched in blood, although none of it seemed to be hers. She was polite and clearly in dire need and so these rural folk took her in, bathed her, cleaned her clothes, and gave her food and a place to stay for a while. She seemed unable or unwilling to tell them much about where she was from or how she ended up in these straits.

The next day, however, events repeated themselves. Another stranger appeared on the farm. A man, bedraggled and worn, also covered in blood and also lacking any wounds upon his person. He was less polite and more unstable, but a sip of liquor seemed to calm him. The farmer and his wife brought him in as well, giving him a bath and food, and wondering what strange events were afoot to cause two such strangers to appear in such close proximity.

Just as all involved were settling down for the evening a trio of soldiers knocked upon the door.  Their leader, Rene Ordell, treated the farmers with all courtesy, and asked to speak with the second traveler, the bedraggled man. Once the three soldiers entered the farmhouse, however, the bedraggled man underwent a sudden transformation. His fingernails became iron claws, his teeth grew, and his eyes burned with a baleful fire. He leapt to battle the soldiers who found their weapons useless against the creature's demonic flesh.

Rene Ordell sought instead to grapple and immobilize the beast while the cleric in his party began a ritual upon the beast. The farmer Reggie bravely used rope to tie as much of the beast as he could while Beatrice used her small training in magic to hurt and distract it. In the struggle, the beast was able to slay one of the three soldiers and things were looking grim.

That's when the first traveler, the lady, Lucy Talbot, returned from the kitchen wielding a teapot of scalding water. As soon as she entered the room where the cleric was praying, however, she also underwent a terrifying tranformation becoming a wolfish beast of living shadow. She leapt upon the demonic second traveler whereupon the farmer and his wife wisely retreated from their own house expecting to need to abandon it to monsters of the night.

Some time later Rene Ordell emerged from the house, the only one of his trio to survive. He reassured the farmers that the threat was over. He carefully beheaded his slain soldiers and burned them, along with the corpse of the demon-mad man. As for the young woman, Lucy, Rene took her with him and the farmers knew no more. 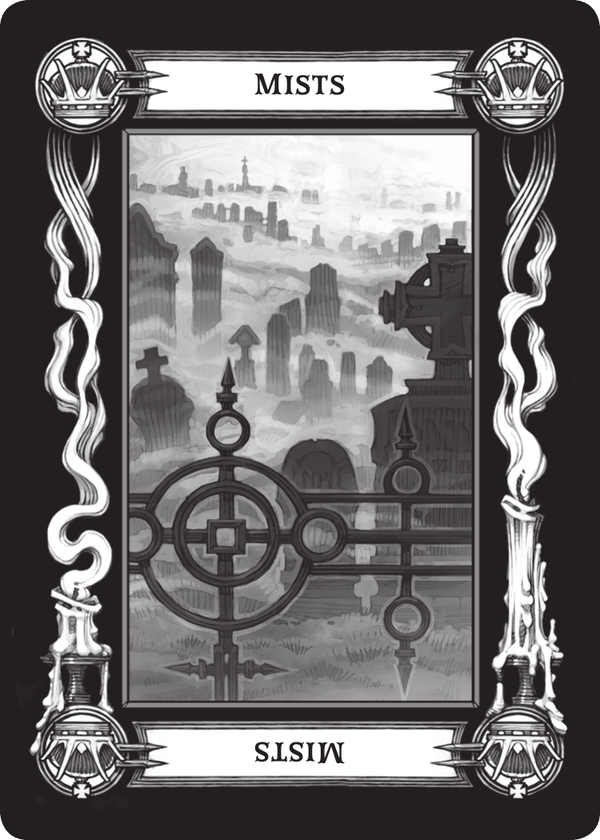 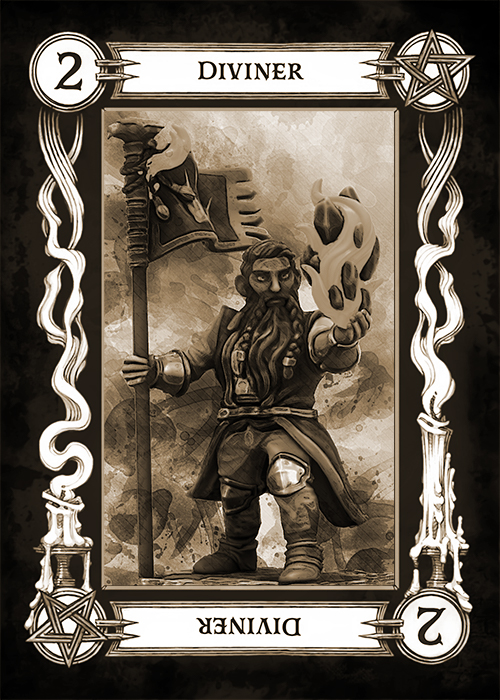 The third tale involves the monastery itself, and was written by Brother (now Abbott) Hieronymous of the Order of Ezra. The tale speaks of a strange traveler, a dwarf named Caleb, upon whose flesh was written words, symbols, and glyphs that would change with every passing day. The monks of Ezra, being already inclined to esoteric navel gazing, and primed to perceive every strange and mysterious thing as a sign from their god, took Caleb in, offering him room and board in exchange for the chance to study the ever-changing mystery of his skin.

A few weeks into this arrangement, however, the monks perceived a portent of doom upon Caleb's flesh. Soon strange things began to occur. Chickens were slain in their pen without any damage to the pen. The trees of the forest moved overnight to encroach upon the monastery's fields. Strange thorny ivy grew spontaneously upon the walls. Rather than cause the monks to expel their mysterious new visitor, however, these events caused frantic and endless debate among them as to what the signs might mean.

On the fourth day a young halfling woman named Katra who was Given came whistling down the road. She looked like a wild thing from the depths of the forest and the monks, primed for the arrival of a doom from the natural world, reacted in fear. This reaction was even more justified when, in the midst of treating with Katra, then-Abbott Lucien was impaled by a spike of holly that shot up from the ground forming a living holly tree around his corpse.

Fortunately for Katra, she acted as shocked and horrified as everyone else, leading the monks to conclude she was not the source of this bloody event. She was, however, able to identify the magic used as druidic, and used her own talents in that area to send a message by bird to the local circle.

A druid named Equinox, along with a tentacled feline of the wilder parts of the forest, emerged claiming that the circle had lived with knowledge of the monks for decades and had no issue with them. It was their sudden fascination with Caleb that caused the circle concern. The druid named him "the gate made flesh" and claimed that studying him, or worse, worshiping him would usher in the doom of the world. The druid claimed that they simply wished to drive Caleb away and had not problem with the monks.

A resolution was reached. Caleb promised to depart on condition that the druids cease harassing the monks. Equinox appeared placated by Caleb's lack of overt malevolence but charged the young druid, Katra, with escorting the enigmatic dwarf to the Empress, the only being who might unravel the doom he represents. The pair departed the monastery shortly thereafter and the monks knew no more.

It is my hope these tales, fragmentary though they may be, have provided what insight you require, my Lord. I will continue my travels and see if I can learn more of these Agents and how they came together into one traveling company.